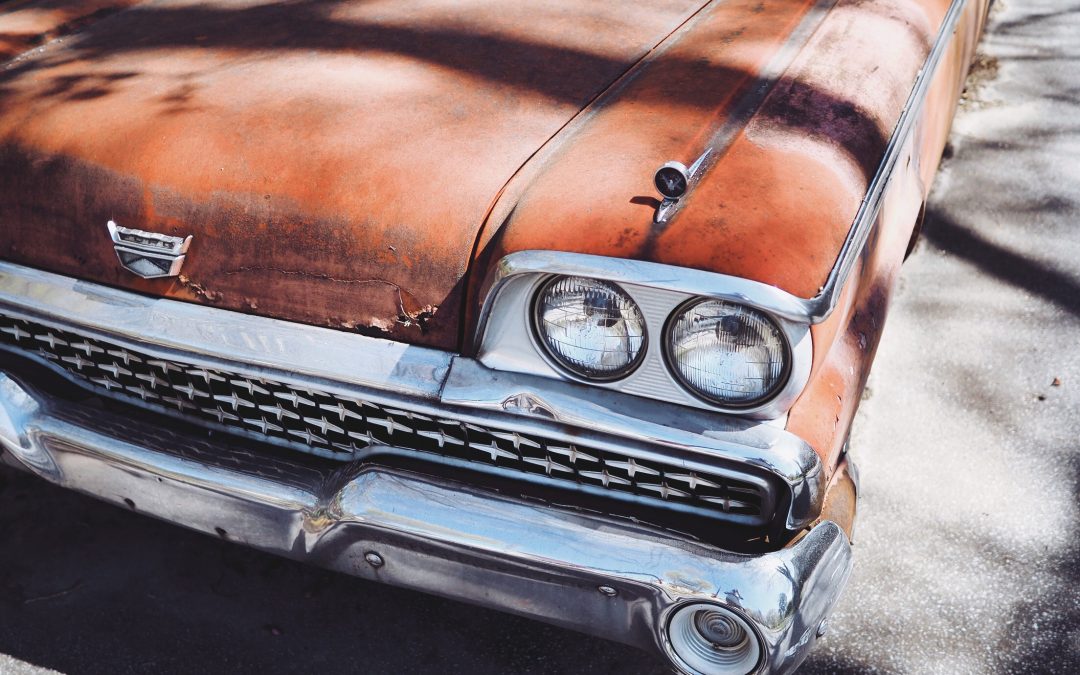 Working with people over the years, I’ve found it’s often useful to use analogies to help communicate complex ideas. Often times I’ve used what I call the “Car Analogy”- ideas like how a sports car is faster than an everyday sedan, but it’s also more expensive: meaning a computer built for speed will cost more than an office pc. A luxury car will give a better ride than an economy car- A Mac or Windows PC will be easier to use than a command-line Linux machine.

But another good car analogy is that a new car will require less maintenance than a old one. It seems obvious to us that a new car should have few or no problems in the first year or two, but as it ages it’s going to need more maintenance, and a few rattles start appearing, and it doesn’t seem to run as smooth as it used to. People solve this issue in three primary ways: they sell the car and get a new one, they start getting regular maintenance done on it, or they ignore the problems and run the thing until it dies.

Getting a new car or PC every couple years is great, if you can afford it. It is definitely the most costly approach, but for certain people it is well worth it. If your car (PC) is your livelihood, then having anything but the best and brightest may be unwise. Perhaps this year’s model goes faster, so you can get more done in a day (fortunately there are no speed limits on computers!), and spend less time commuting (waiting for your computer). In this case, you still need to consider moving all of your stuff from the old car to the new- the stuff in the glove box, the trunk, the things that have fallen under the seat; just like moving to a new PC requires transferring your files, your preferences, and all your emails.

Other folks want to stay with the car they have. Some can’t afford a new car, so they have to put up with the little issues. Some built a custom tailgate onto their truck to make loading and unloading easier, and any new truck would have to be modified to do the same job, so they keep what they have. But they also know they have to get the oil changed and have regular tune ups, otherwise the car won’t be reliable any more. And when that car gets back from it’s tune up, it runs better. The same is true of your technology. With regular maintenance, your existing tech can keep on chugging along, doing what it was designed to do. And that funny little rattle? We got that bolt tightened up before it became a serious problem. Same goes for your computer- keep it tuned up, and it’ll keep running along for years.

The third type of person doesn’t like to spend anything on their car unless absolutely necessary. The car shakes and rattles, is hard to start, and doesn’t go anywhere near top speed anymore. This is the kind of car that could leave you stranded by the side of the road at any time, and each time you get in it you aren’t sure if it will start. When you have a car like this, you need to have a good backup plan- a friend who can pick you up, or the Auto Club, or a taxi on speed dial. A computer treated like this is going to be prone to failing just when you need it most, so you better have an excellent backup, and depending on how serious the failure is it might just require a panic repair or replacement at some random time in the future. Needless to say, this is not a comfortable condition to find yourself in, but sometimes there is no choice- but in that case let us stress it again: backups!

So there’s our take on the Car Analogy. We hope that it’s fuel for thought about how you treat your computers, and why regular maintenance on them makes sense.

Photo by Kevin Clark on Unsplash